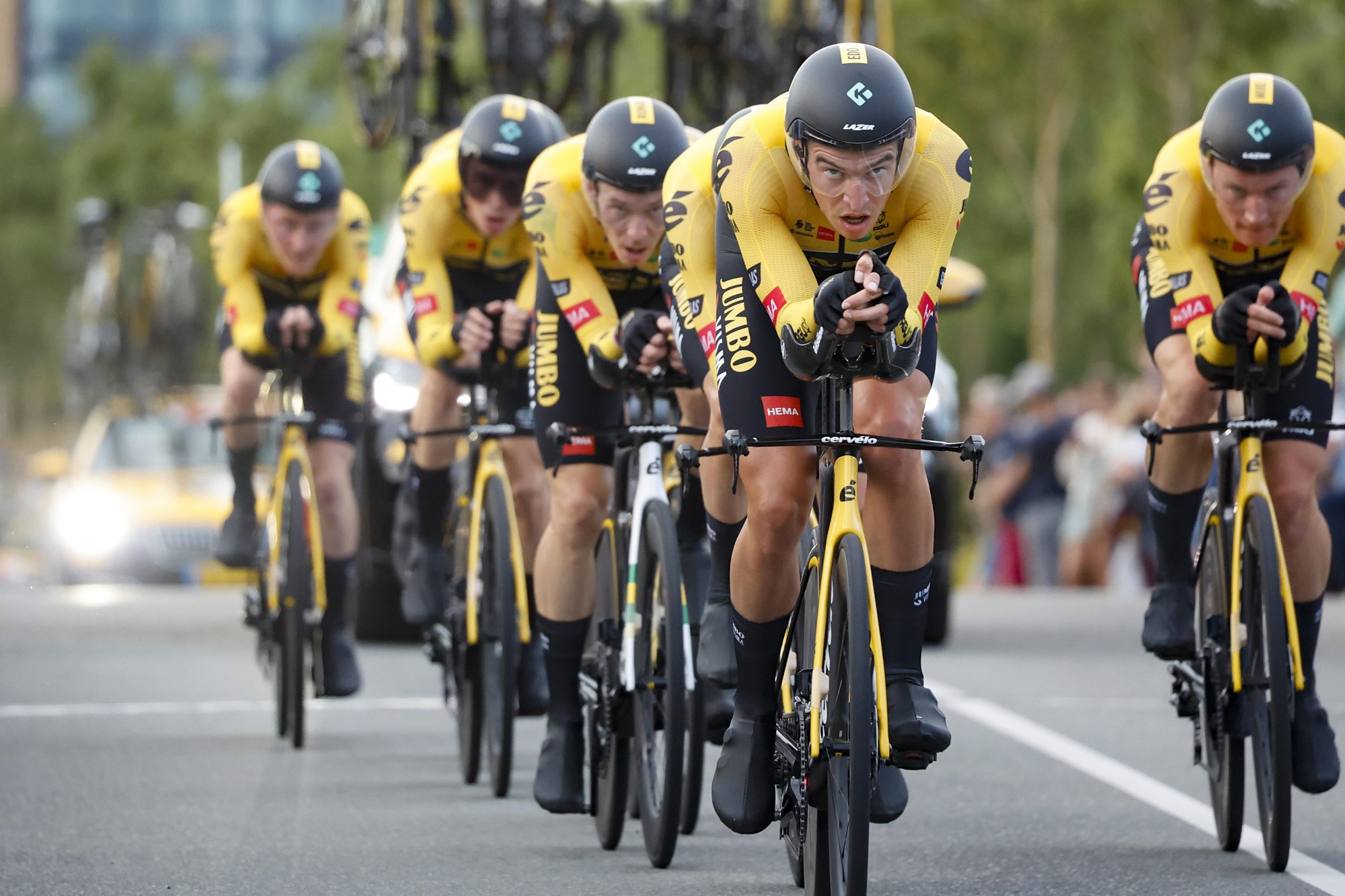 Team Jumbo-Visma has achieved an exceptional result in the team time trial of the Vuelta. On the grand tour’s opening day, the black-and-yellow formation rode to victory in the streets of Utrecht. Robert Gesink was the first rider to pass the finish line and claimed the red leader’s jersey.

The team was the last team to start the 23.3-kilometre team time trial. The eight-rider team immediately developed a high pace, quickly built up a lead and kept growing it. Supported by the enthusiastic crowd along the road, the team raced through the centre of Utrecht. Gesink was the first to push his wheel over the line. For the first time in his career, the experienced super domestique conquered the leader’s jersey in a grand tour.

“This is a dream come true”, Gesink (36) said. “We rode as a strong team today. We knew we had started well. Pretty soon, we realised that we were faster than the competition. We had to stay focused because a lot can happen in a team time trial. We gave everything until the finish and crossed the line on Dutch soil with the fastest time. I am so grateful to the guys for the wonderful gesture of letting me cross the line first. This victory is one of my career’s highlights. I’m going to enjoy this very much”, Gesink said after his first season victory. The win meant the 38th victory for Team Jumbo-Visma this year.