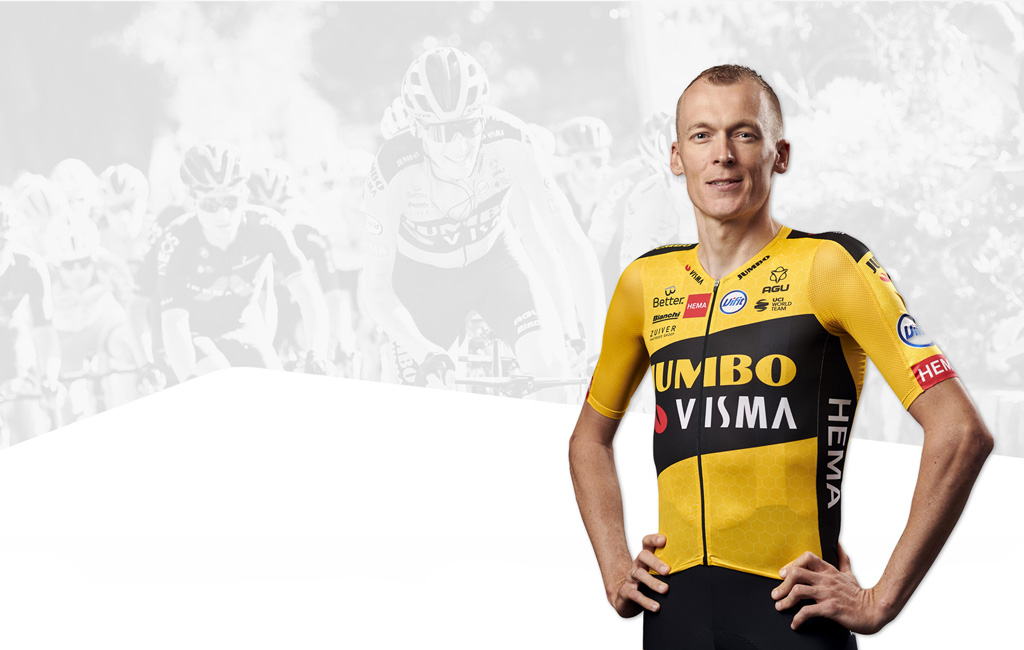 Robert was introduced to cycling when his father purchased a mountain bike. Because he wanted to follow his example he explained cross laps in the yard of his home. But the real work started when he started riding a bike at the ´Peddelaars´ in Aalten. A large group of boys and girls could all buy a new bike at once, and Robert Gesink was one of them.

At the Junior World Championships of 2004 UCI Road World Championships in Verona, Gesink finished eighth in the individual time trial and sixth in the road race, while riding for De Peddelaars. He joined the Rabobank Continental team in 2006. Gesink initially signed a two year deal with Rabobank Continental but team manager Theo de Rooij decided to move him to the Rabobank UCI ProTeam for the 2007 season. 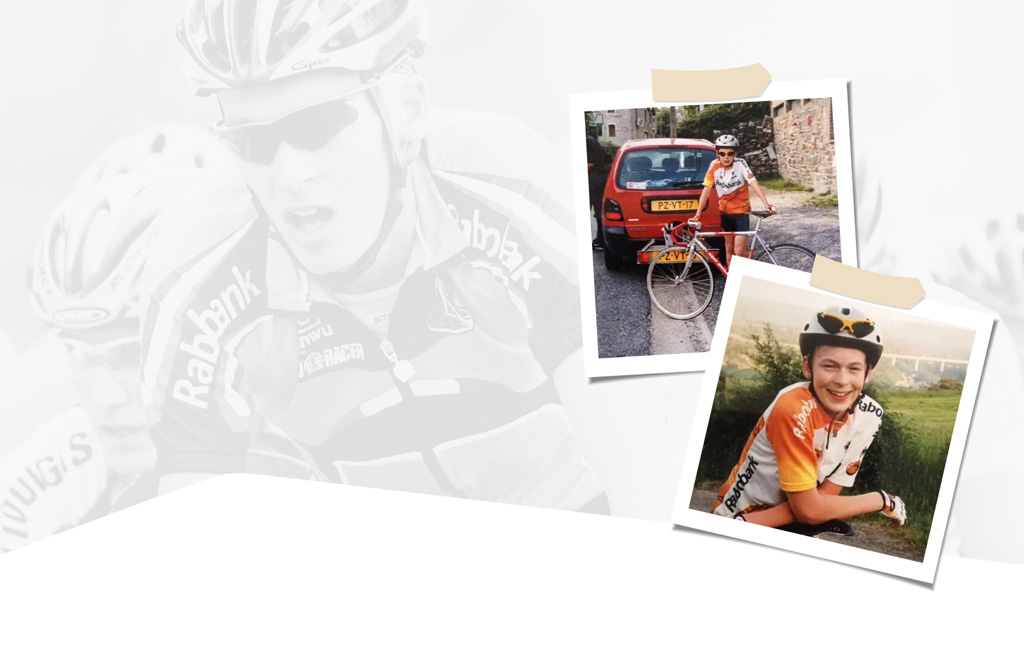 He burst onto the cycling scene in 2007, when, at just 21, he finished ninth at Flèche Wallone, his first UCI Pro Tour race with Rabobank, then went on to drop everyone on the Côte de La Redoute to win the queen stage of the Tour of Belgium.

Greater success came. In 2008, he won the hardest stage of the Tour of California, finished fourth at Paris-Nice, fourth at Flèche Wallone, and fourth at the Dauphine, as well as seventh overall at the Vuelta and tenth in both the Olympic road race and time trial and the world championship road race.

His best was yet to come. The next year, he triumphed in races like the Amstel Gold race, the Dauphiné, the Vuelta, the Tour of Lombardy, and the Giro dell’Emilia, despite several untimely crashes. The Dutch, long starved of Tour de France contenders, found their man. Their other great hope, Thomas Dekker, had taken himself out of contention the previous year with a failed dope test, so the weight of the public’s expectations fell on Gesink’s shoulders. And he delivered. After finishing fifth at the Tirreno Adriatico and winning the hardest stage of the Tour de Suisse, he went on to finish sixth for the orange team at the 2010 Tour, a result which was later upgraded to fourth.

The public’s expectations soared. Gesink was heralded as the next Joop Zoetemelk, the farmer’s son who would bring the maillot jaune back to the polders for the first time since 1980. Having achieved so much at such a young age, he certainly had the physical ability. So, when he faltered, he was subjected to very harsh criticism. Pundits, fans, even coaches and other riders, said he was too soft and fragile, that he didn’t have the mentality of a champion. 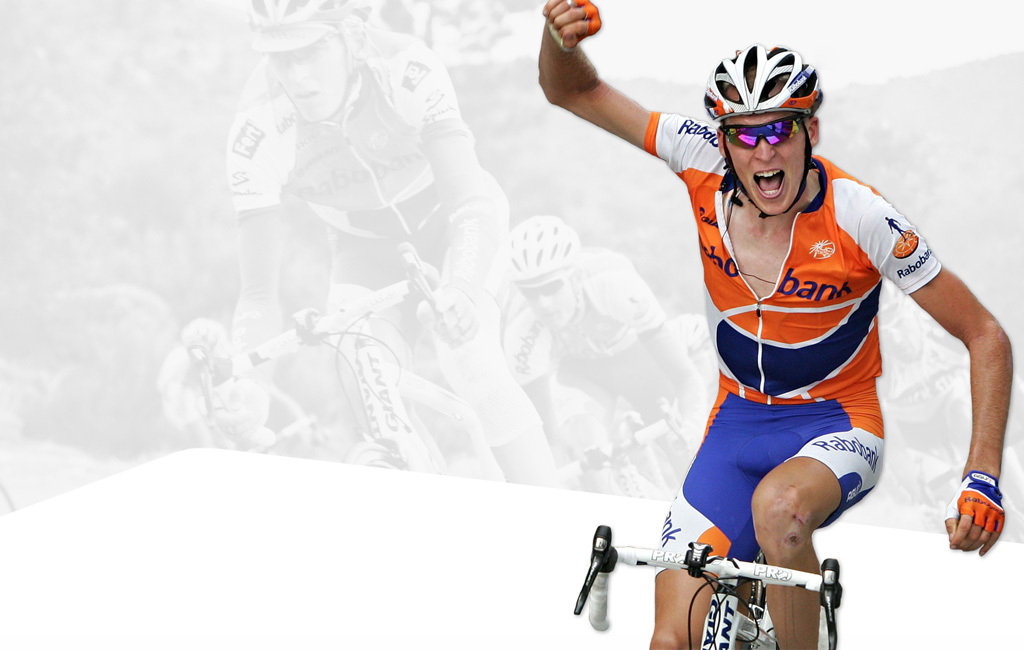 At the end of the 2010 season, Robert lost his father to a cycling crash right before the world championships. That was a huge blow. It was his father who had gotten him into cycling and brought him to his first races. That next winter, Gesink channelled all of his grief into training and arrived at the Tour de France in fantastic form.

He had finished second at Tirreno Adriatico earlier in the season and had high hopes of bettering his previous year’s result. But he was caught up in a heavy crash in the first week, which wrecked his chances. It took him a while to recover, but things were looking up towards the end the season, when he finished second at the GP Québec. Then, he crashed during training a few weeks before the world championships and broke his femur, an injury that took him half a year to recover from.

He was back to his best for the 2012 Tour of California, where he won the queen stage on Mount Baldy and the GC. But then he crashed again at the Tour and had to give up. He managed to get back in shape in time for the Vuelta, where he finished sixth, but the next spring, he discovered a problem with his heart, which took him out of competition yet again.

In small stage races and one-day races, Gesink knows his way around, as well. He placed third in the Amstel Gold Race and triumphed in races like the GP Montréal, the GP Québec, the Tour of Emilia and the Tour of California. After a strong start in the Tour Down Under with fifth overall, 2014 turned out to be an unfortunate year. 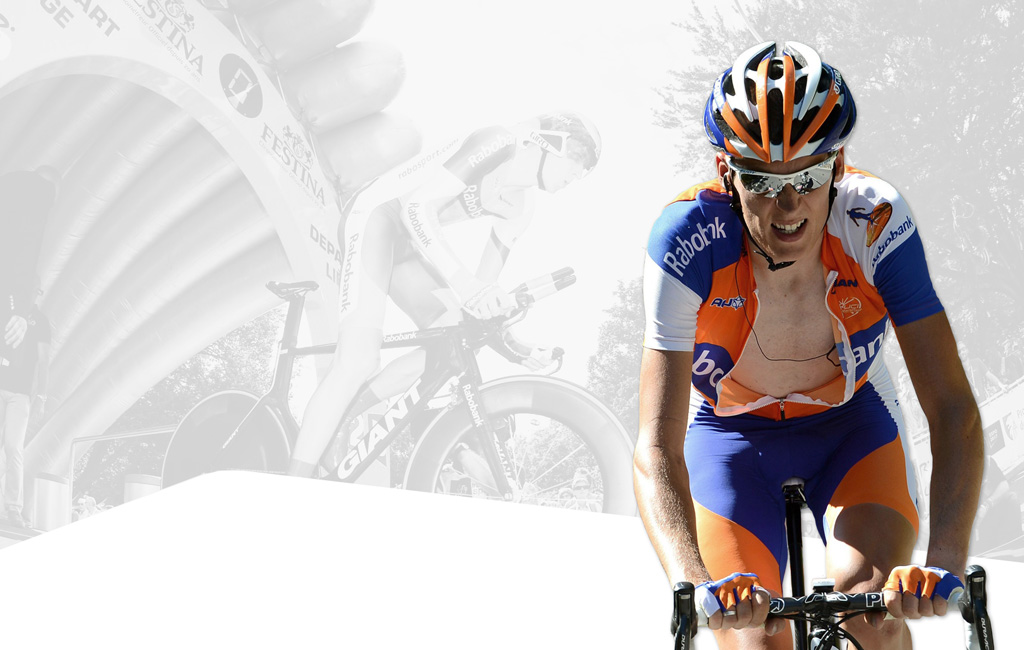 Robert Gesink was on his way to a strong Tour de France in 2017. His objective wasn’t the general classification, since he wanted to win stages. During the eighth stage to Station des Rousses, he was close to victory, but he ultimately had to settle for the second place. His riding looked promising, until a crash in the ninth stage abruptly ended both his Tour and his season.

What has kept him going? Despite all his misfortunes, why has he kept coming back? Drive, determination—that goes without saying. A racer of Gesink’s calibre has to be dedicated. But dedication and duty cannot often be distinguished, and Robert Gesink no longer has to race. A new generation of very talented Dutch riders has emerged to carry the weight of their country’s expectations, and, besides, Gesink is no longer so concerned with others’ opinions anyway. He is already proud of all he has achieved. It seems he just loves to ride his bike.

His new way of racing suits him. He enjoys working for his teammates at Lotto-Visma. Steven Kruijswijk, Tom Dumoulin and Primož Roglič have emerged as GC threats and Dylan Groenewegen is one of the fastest finishers in the peloton. The atmosphere in the team is very good now too. It’s much more democratic than it was in the Rabobank days, Robert says, and they have a long-term commitment from their sponsors, which provides them with a lot of security and allows them to experiment. Gesink often has a free role. He is determined to make the most of his chances. 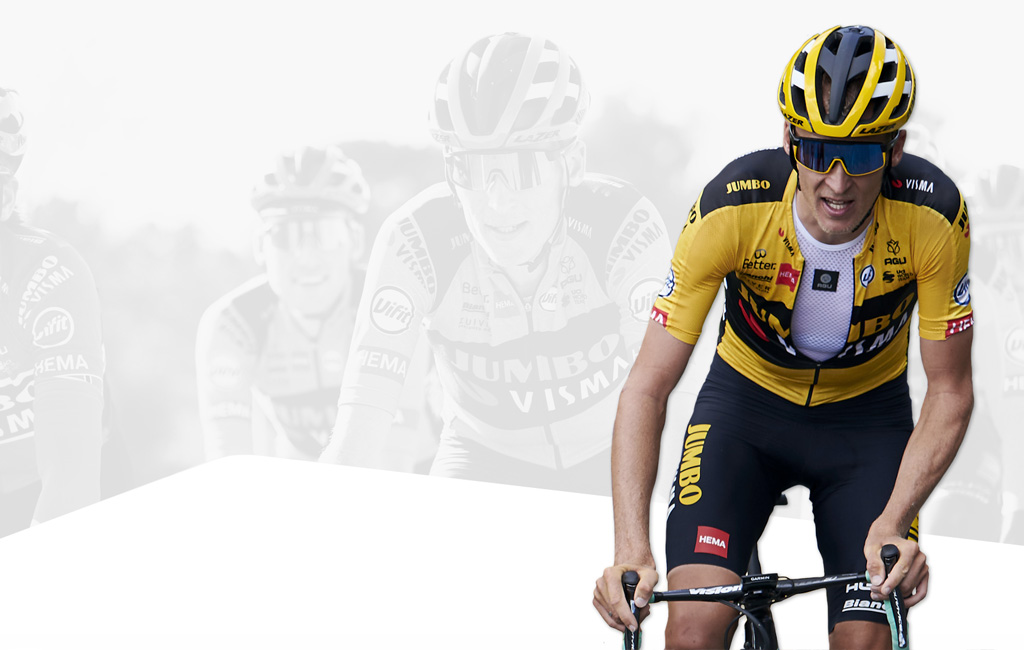